Piwik is a rich open-source web analytics platform, which can be coupled with commercial plugins for additional features. It's most simply described as "self-hosted Google Analytics". 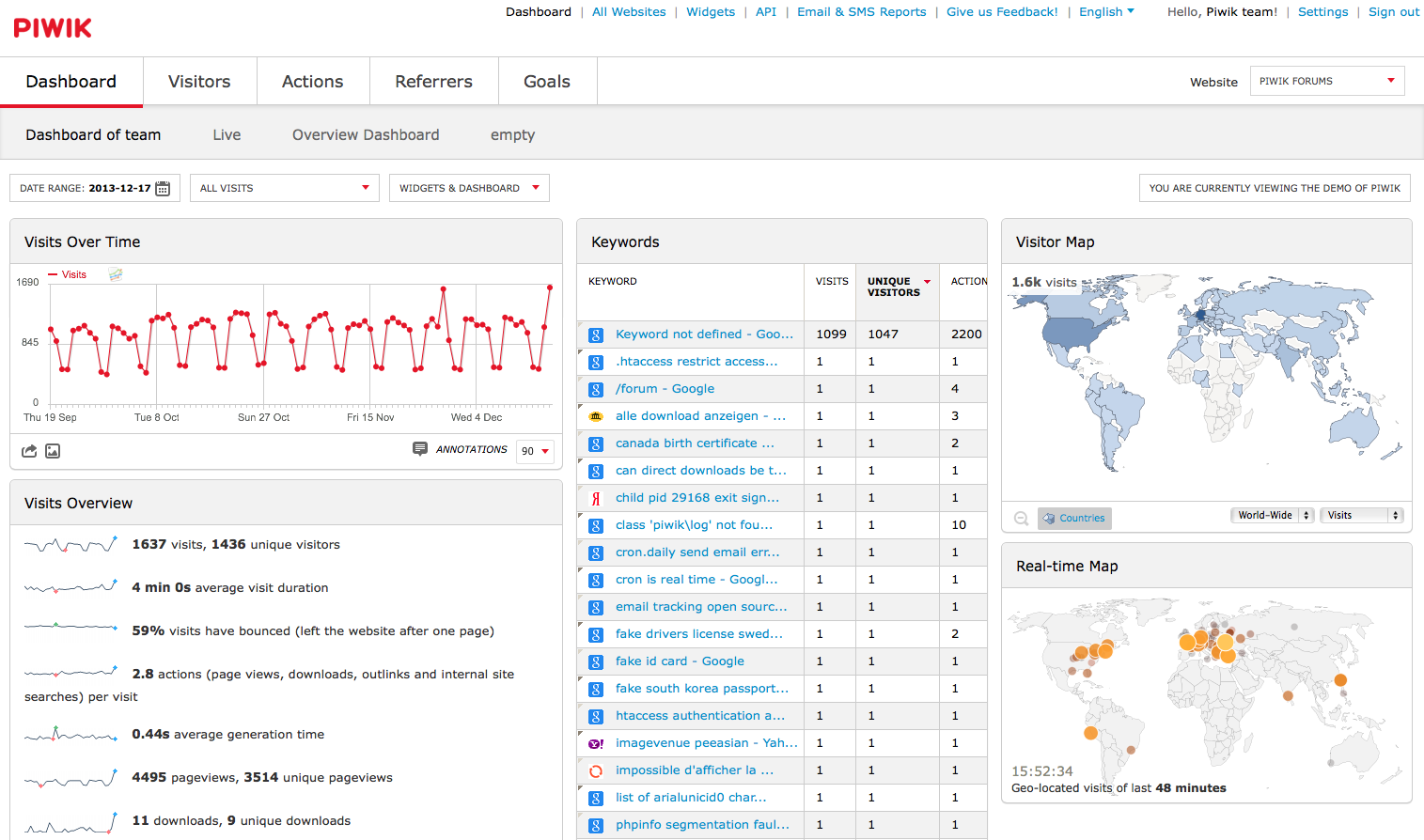 The docker-swarm load-balancer is a problem for deploying piwik, since it rewrites the source address of every incoming packet to whichever docker node received the packet into the swarm. Which is a PITA for analytics, since the original source IP of the request is obscured.

The issue is tracked at #25526, and there is a workaround, but it requires running the piwik "app" container on every swarm node...

Create piwik.env, and populate with the following variables