Mastondon is a self-hosted / open-source microblogging platform (heavily inspired by Twitter), which supports federation, rather than centralization. Like email, any user on any Mastodon instance can follow, "toot" (not tweet!), and reply to any user on any other instance.

Our community Mastodon server is sooo FKNY, but if you're already using Mastodon on another server (or your own instance), you can seamlessly interact with us from there too, thanks to the magic of federation!

This is dumb, there's nobody here

So who do I follow?¶

That.. is tricky. There's no big-tech algorithm to suggest friends based on previously-collected browsing / tracking data, you'll have to build your "social graph" from the ground up, one "brick" at a time. Start by following me. Here are some more helpful links:

With the goal of creating a safe and inclusive community, we've adopted the Contributor Covenant Code of Conduct, as described here. This code of conduct applies to the Mastodon server. 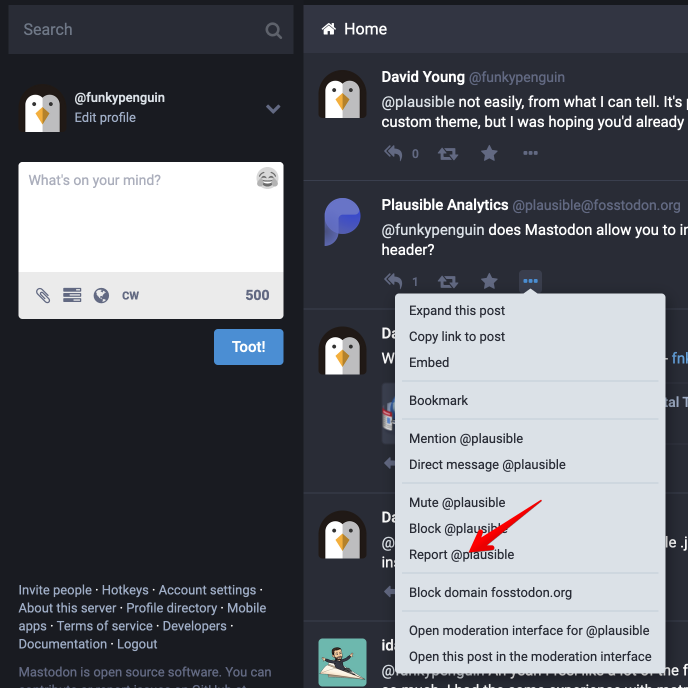 Moderators will be alerted to your report, who will address the issue as detailed in the enforcement guidelines.