In the design described below, our "private cloud" platform is:

Where possible, services will be highly available.**¶

An exception to the 3-nodes decision is running a single-node configuration. If you only have one node, then obviously your swarm is only as resilient as that node. It's still a perfectly valid swarm configuration, ideal for starting your self-hosting journey. In fact, under the single-node configuration, you don't need ceph either, and you can simply use the local volume on your host for storage. You'll be able to migrate to ceph/more nodes if/when you expand.

Where multiple solutions to a requirement exist, preference will be given to the most portable solution.

Under this design, the only inbound connections we're permitting to our docker swarm in a minimal configuration (you may add custom services later, like UniFi Controller) are:

Assuming a 3-node configuration, under normal circumstances the following is illustrated: 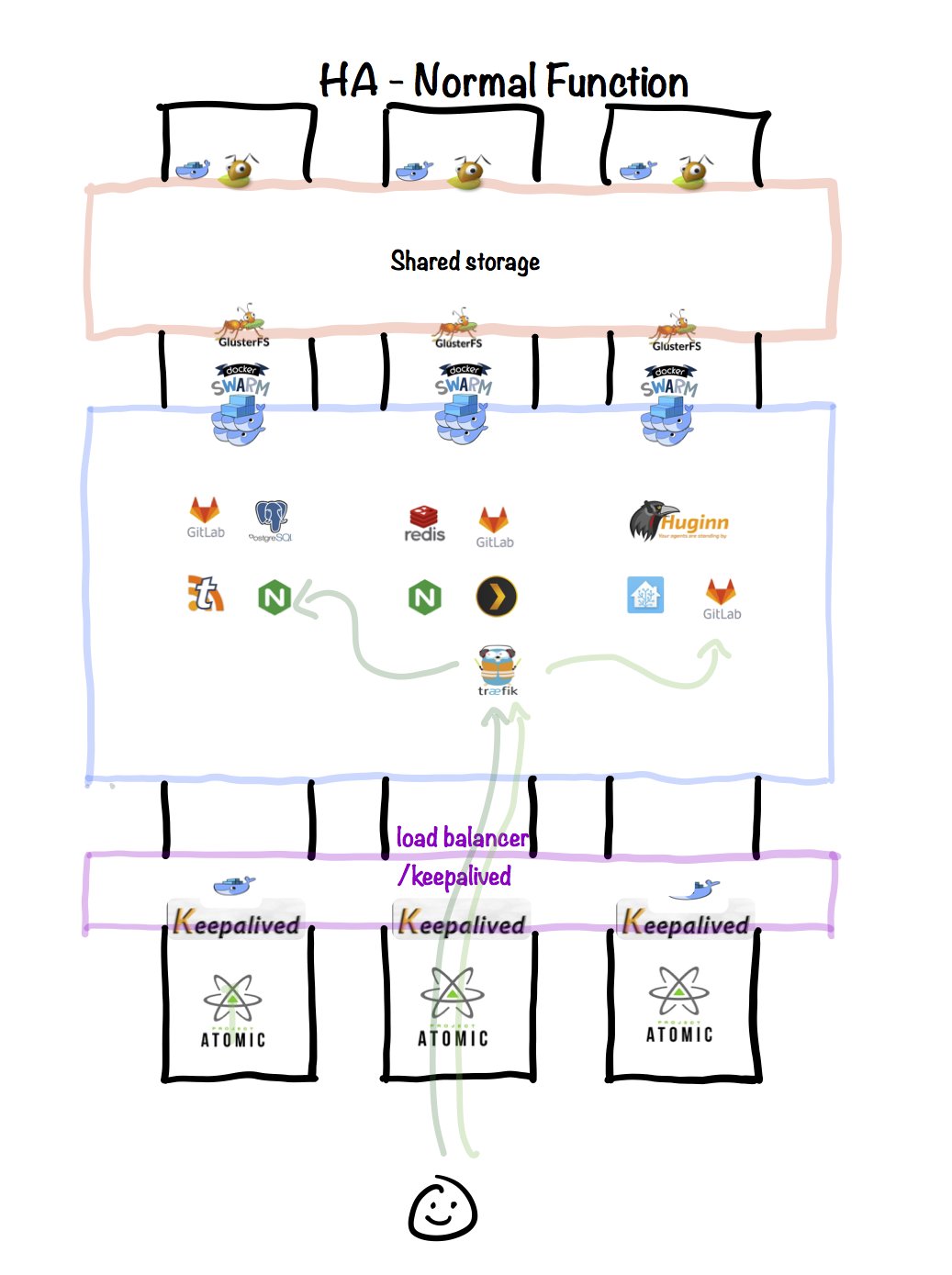 In the case of a failure (or scheduled maintenance) of one of the nodes, the following is illustrated: 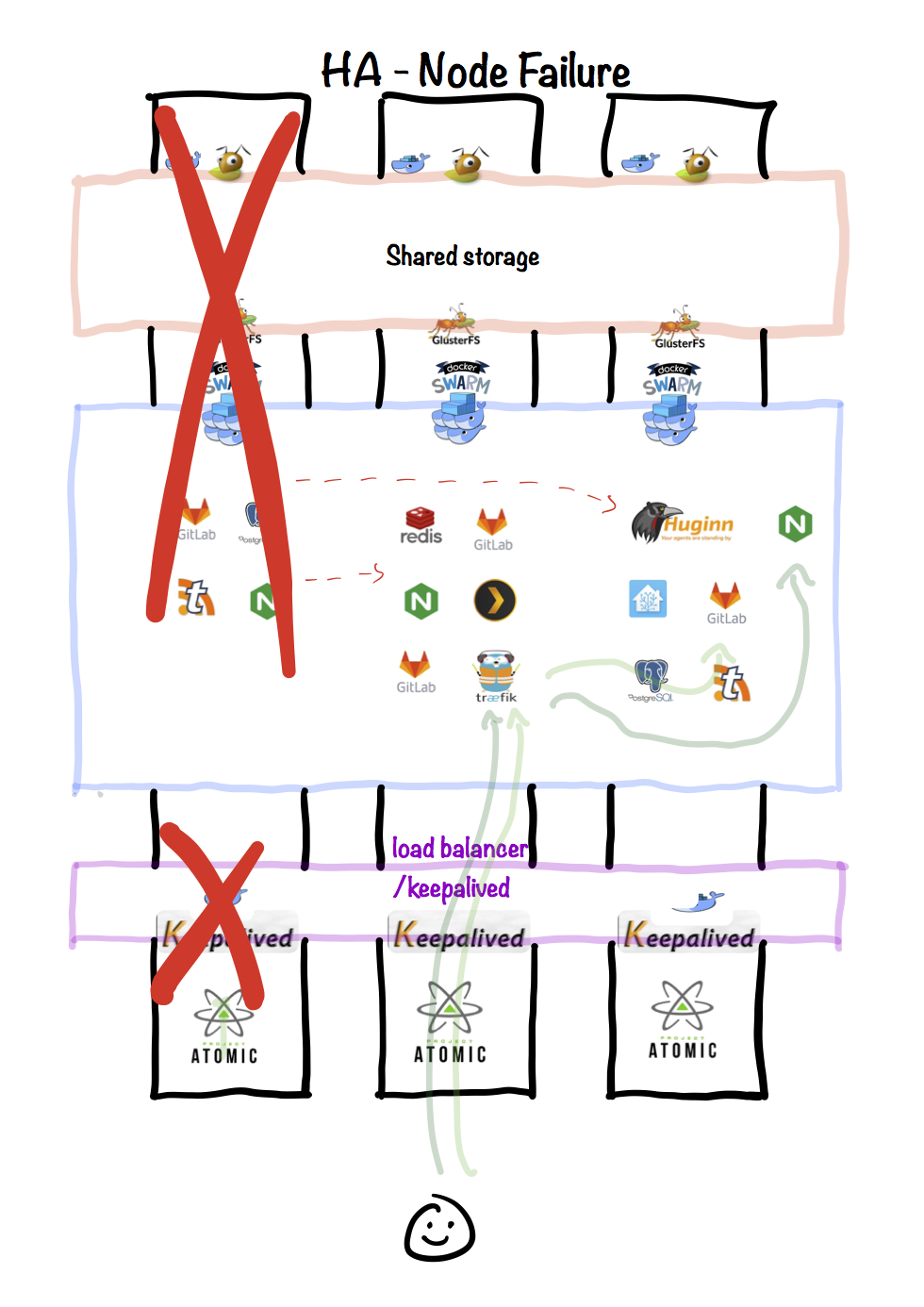 When the failed (or upgraded) host is restored to service, the following is illustrated: 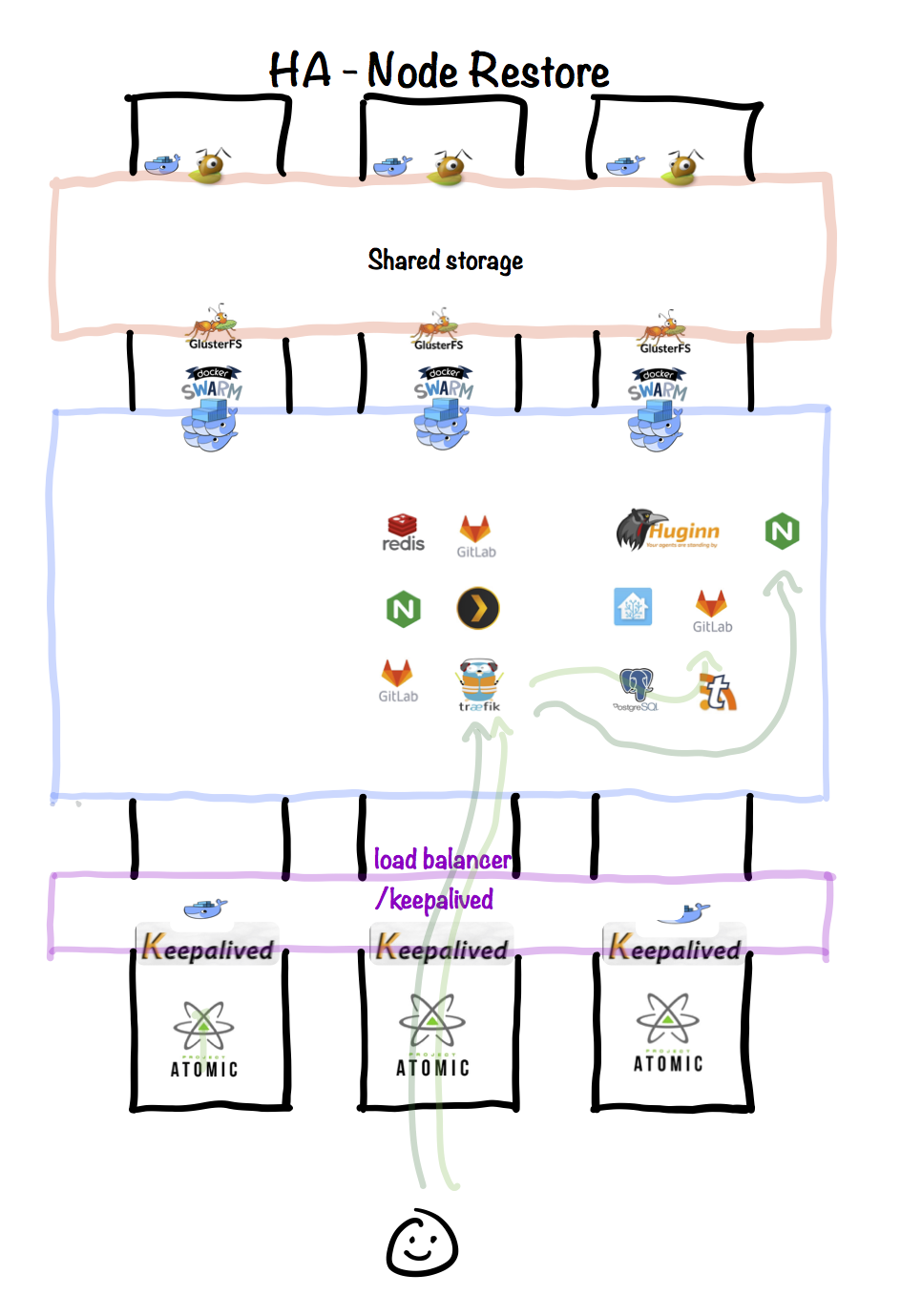 A day after writing this, my environment suffered a fault whereby all 3 VMs were unexpectedly and simultaneously powered off.

Upon restore, docker failed to start on one of the VMs due to local disk space issue1. However, the other two VMs started, established the swarm, mounted their shared storage, and started up all the containers (services) which were managed by the swarm.

In summary, although I suffered an unplanned power outage to all of my infrastructure, followed by a failure of a third of my hosts... all my platforms are 100% available1 with absolutely no manual intervention.

Is this too much of a geeky PITA? Do you just want results, stat? I do this for a living - I'm a full-time Kubernetes contractor, providing consulting and engineering expertise to businesses needing short-term, short-notice support in the cloud-native space, including AWS/Azure/GKE, Kubernetes, CI/CD and automation.