This is not a complete recipe - it's a component of the AutoPirate "uber-recipe", but has been split into its own page to reduce complexity.

Readarr, in the fine tradition of Radarr and Sonarr, is a tool for "sourcing" eBooks, using usenet or bittorrent indexers. 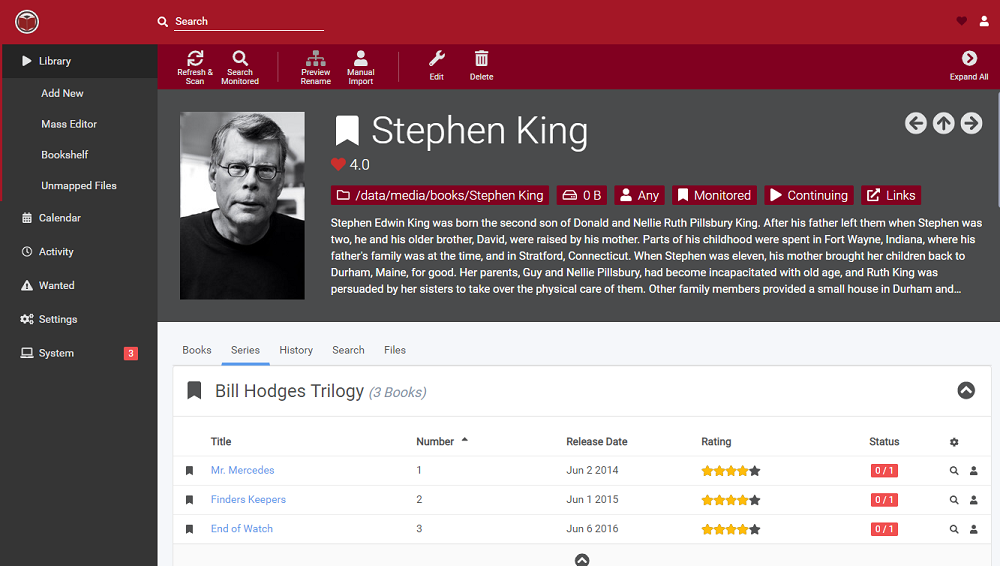 To include Readarr in your AutoPirate stack, include something like the following in your autopirate.yml stack definition file:

I automatically and instantly share (with my sponsors) a private "premix" git repository, which includes necessary docker-compose and env files for all published recipes. This means that sponsors can launch any recipe with just a git pull and a docker stack deploy 👍.

🚀 Update: Premix now includes an ansible playbook, so that sponsors can deploy an entire stack + recipes, with a single ansible command! (more here)

Continue through the list of tools below, adding whichever tools your want to use, and finishing with the end section:

Is this too much of a geeky PITA? Do you just want results, stat? I do this for a living - I provide consulting and engineering expertise to businesses needing short-term, short-notice support in the cloud-native space, including AWS/Azure/GKE, Kubernetes, CI/CD and automation.