"Premix" is a private repository shared with GitHub sponsors, which contains the necessary files and automation to quickly deploy any recipe, or even an entire swarm / cluster! 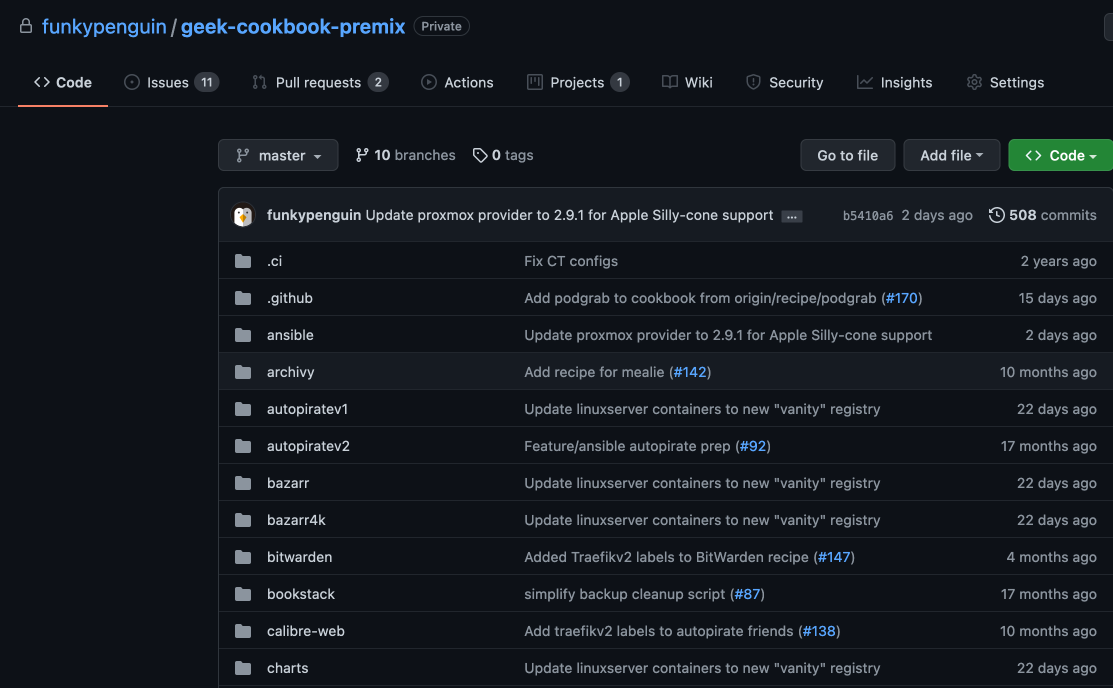 Recipes are usually "baked" in premix first, before they are published on the website. Having access to premix means having access to all the freshest recipes!

Building hosts, installing OS and deploying tooling is all "prep" for the really fun stuff - deploying and using recipes!

Premix eliminates TOIL with an ansible playbook to deploy a fresh cluster automatically, or apply individual recipes to an existing cluster.

(You still have to "feed" the playbook your configuration, but it's centralized, repeatable, and versionable.)

The ansible playbook used to deploy clusters is also used to validate all PRs in CI, giving assurance that new recipes and changes introduced will work alongside existing ones. Additionally, the CI swarm/cluster is routinely rebuilt "from scratch" to validate the playbook end-to-end.

Typically you'd fork the repository to overlay your own config and changes. As more recipes are added to premix, incorporating these into your repo is a simple git merge operation, which can be automated or manually triggered.

To get invited to the premix repo, follow these steps:

You'll receive an invite to premix to the email address associated with your GitHub account, and a fancy VIP role in the Discord server! 💪

Public sponsorship is required for the bot to realize that you're a sponsor, based on what the GitHub API provides

Without a credit card¶

Got no credit card / GitHubz? We got you covered, with this nifty PayPal-based subscription