Jellyfin is best described as "like Emby but really FOSS". 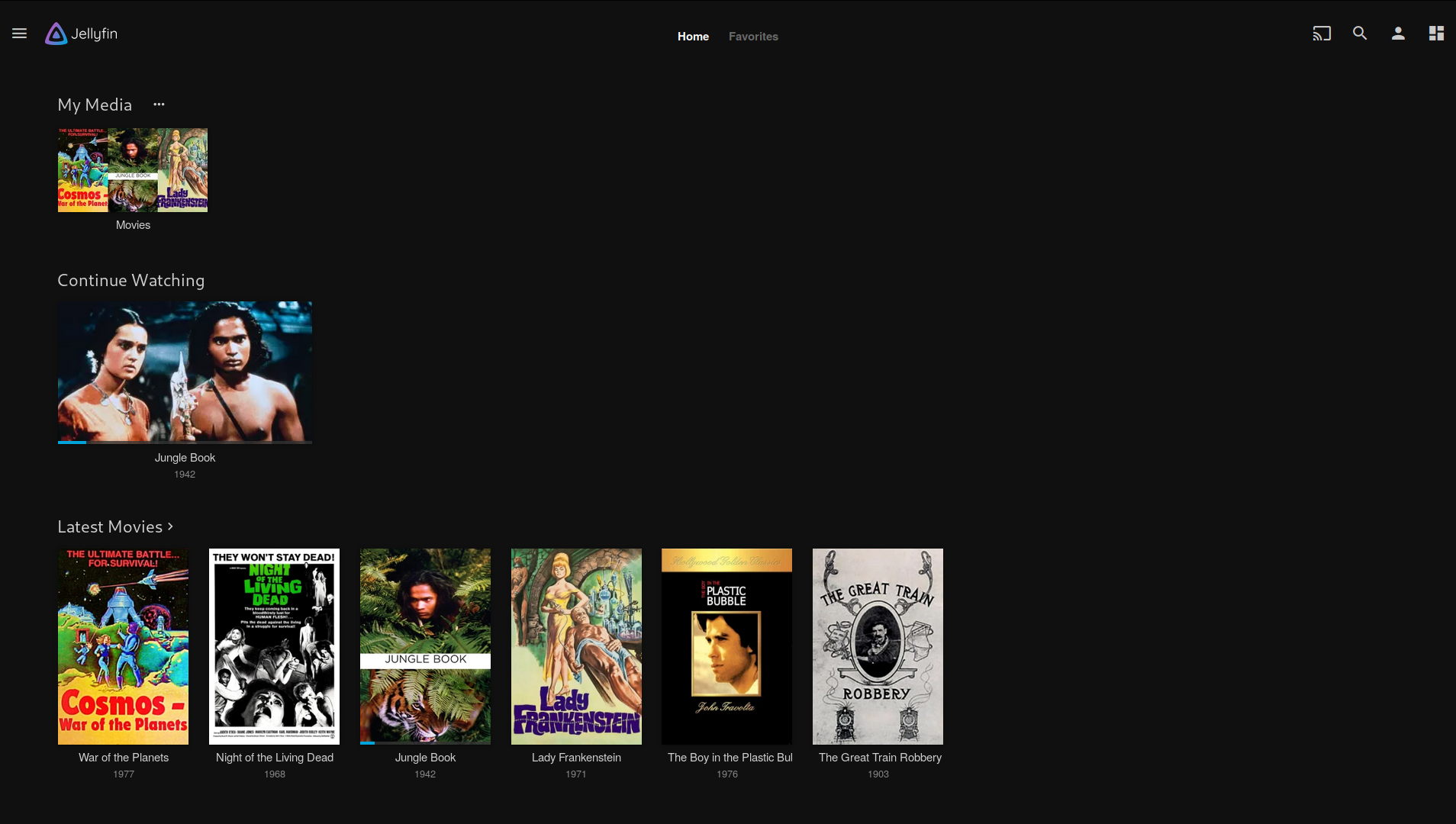 If it looks very similar as Emby, is because it started as a fork of it, but it has evolve since them. For a complete explanation of the why, look here.

We'll need a location to store Jellyfin's library data, config files, logs and temporary transcoding space, so create /var/data/jellyfin, and make sure it's owned by the user and group who also own your media data.

Also if we want to avoid the cache to be part of the backup, we should create a location to map it on the runtime folder. It also has to be owned by the user and group who also own your media data.

Create jellyfin.env, and populate with PUID/GUID for the user who owns the /var/data/jellyfin directory (above) and your actual media content (in this example, the media content is at /srv/data)

I share (with my sponsors) a private "premix" git repository, which includes necessary docker-compose and env files for all published recipes. This means that sponsors can launch any recipe with just a git pull and a docker stack deploy 👍

Log into your new instance at https://YOUR-FQDN, and complete the wizard-based setup to complete deploying your Jellyfin.

Tip your waiter (sponsor me) 👏¶

Did you receive excellent service? Want to make your waiter happy? (..and support development of current and future recipes!) Sponsor me on Github / Patreon, or see the support page for more (free or paid) ways to say thank you! 👏

Want to know now when this recipe gets updated, or when future recipes are added? Subscribe to the RSS feed, or leave your email address below, and we'll keep you updated. (*double-opt-in, no monkey business, no spam)