Munin is a networked resource monitoring tool that can help analyze resource trends and "what just happened to kill our performance?" problems. It is designed to be very plug and play. A default installation provides a lot of graphs with almost no work. 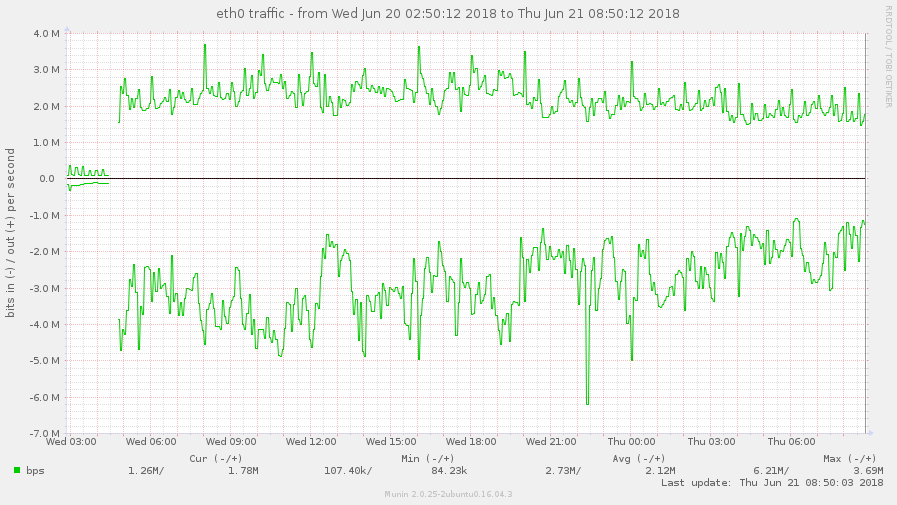 Munin uses the excellent ​RRDTool (written by Tobi Oetiker) and the framework is written in Perl, while plugins may be written in any language. Munin has a master/node architecture in which the master connects to all the nodes at regular intervals and asks them for data. It then stores the data in RRD files, and (if needed) updates the graphs. One of the main goals has been ease of creating new plugins (graphs).

On CentOS Atomic, of course, you can't install munin-node directly, but you can run it as a containerized instance. In this case, you can't use swarm since you need the container running in privileged mode, so launch a munin-node container on each atomic host using:

We'll need several directories to bind-mount into our container, so create them in /var/data/munin:

Create /var/data/config/munin/munin.env, and populate with the following variables. Use the OAUTH2 variables if you plan to use an oauth2_proxy to protect munin, and set at a minimum the MUNIN_USER, MUNIN_PASSWORD, and NODES values: