Tiny Tiny RSS is a self-hosted, AJAX-based RSS reader, which rose to popularity as a replacement for Google Reader. It supports advanced features, such as: 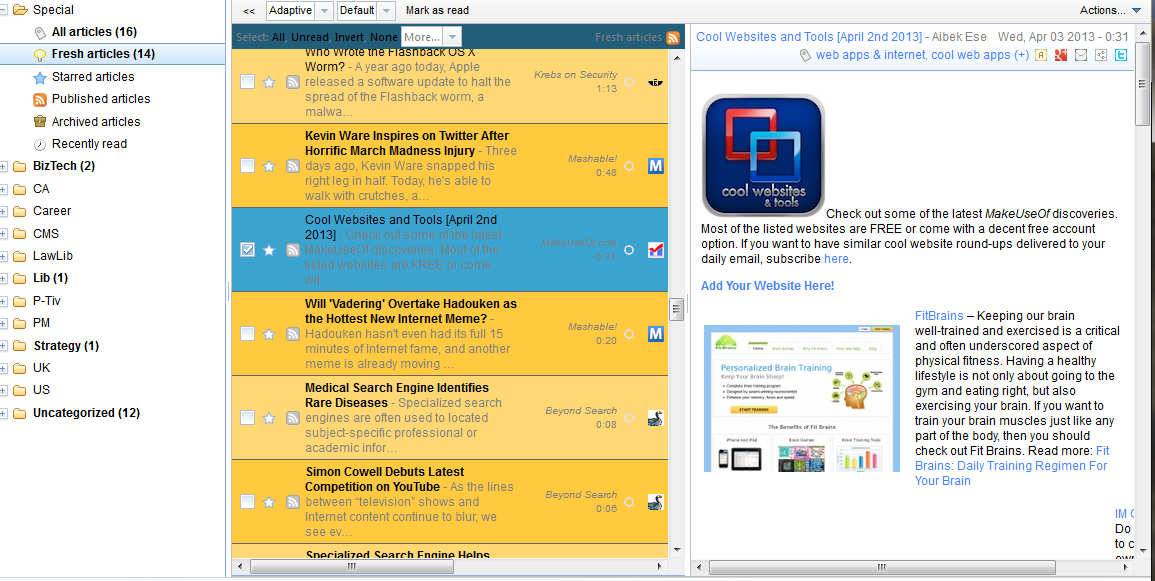 We'll need several directories to bind-mount into our container, so create them in /var/data/ttrss:

Create ttrss.env, and populate with the following variables, customizing at least the database password (POSTGRES_PASSWORD and DB_PASS) and the TTRSS_SELF_URL to point to your installation.

Log into your new instance at https://YOUR-FQDN - the first user you create will be an administrative user.

There are several TTRSS containers available on docker hub, none of them "official". I chose x86dev's container for its features - such as my favorite skins and plugins, and the daily automatic updates from the "rolling release" master. Some of the features of the container I use are due to a PR I submitted: